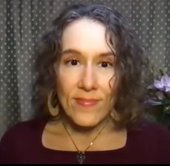 It's essential that we find SAFE ways and places to be exposed to, learn about and heal from the immense shadows and predatory abuse of our beloved family and community.

This is not easy, and by its nature, UNCOMFORTABLE, painful and exposing.

Collectively, we are literally breaking the "silence code" that has been in full effect for decades, strangling our hearts and our bodies.  SHAME BREEDS IN SILENCE.

There's been greatness spawned from our lived experiences. AND horrible acts of abuse and terror. ALL OF IT MUST BE FELT AND METABOLIZED THROUGH OUR BODIES IN ORDER TO HEAL PERSONALLY AND COLLECTIVELY.

This website supports us all to see the dark truths lingering in 3HO history in order to make a fully informed choice about how and if we want to be involved going forward."  ~GuruNischan

Aloha dear Els.  You can use this comment, if you wish:  What a masterful job you have done with this site.  It is imminently accessible and readable.  Your site reaches broadly to cover so much of the story of Yogi Bhajan's impact upon generations of 3HO communities, the western Sikhs and kundalini yogis.  It is an impressive resource and will undoubtedly provide many journalists and researchers with a one-stop shop for so many layers in the history of Yogi Bhajan and the empire that grew under his dominion.

Great job, Els.  Thank you for this tremendous service, 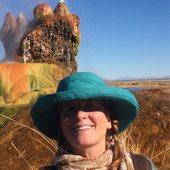 For 50 years, members of 3HO hid his debauchery, criminality and abuses behind a web of secrets and lies.

It is time for the full truth about Harbhajan Singh Puri to be known.

It is time for complete transparency that will show how he built his cult, manipulated his students and managed to never have to answer for his crimes.

facilitator of FB group 'Beyond the Cage'

Link to an intro to her story 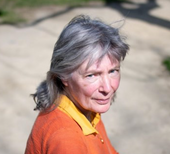 Author of this site

Why I created this site

Link to my yogic journey

The idea to create this site occurred to me as I was listening to GuruNischan's Uncomfortable Conversations. Everyone should hear this, I thought, but I knew: everyone is too busy! And I realized that very basic knowledge about what has happened was often missing when I talked to people in the KY community. Not always because people do not want to know, but because it is 'hard work' to find the info if you're not close to it.

I talked with Suzanne Jordan and GuruNischan about the idea of creating a site that brings it all together in a concise way. They agreed and provided their help and support.

The present structure to hold the pieces of info and stories is not perfect, nor is the choice of the content that I used to draw a picture of the dark side of our history. Comments and suggestions are welcome. This site will continue to evolve together with the revelations that are still occurring and our insights that grow every day. 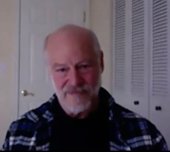 To me, what was most remarkable about Yogi Bhajan was the psychic split he carried within himself. He was two different people, living within two very different realities. He was the charismatic, bigger than life, spiritual teacher, while simultaneously being the corrupt, crazier than hell, con man. He didn’t go from one to the other. He was both at the same time. He wasn’t the typical ‘guru from the East with a shadow’ like so many teachers coming West in the 60’s and 70’s. He was much bigger than that.

Yogi Bhajan had a crack within him the size of The Grand Canyon.

His deep divide affected, confused, betrayed, and traumatized thousands of his followers over a time period of four generations.  It affected Sikhs all over the world who didn’t know what to do with what he was doing in the West in the name of their religion.  His divide is manifested today in those few who are still loyal to him and those many who feel betrayed by him.

This website will help sort out some of this. It’s a big job.

Thank you, GuruNishan and Els. 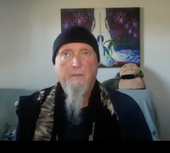 In my exchanges with the various groups about Yogi Bhajan's excesses, I wrote many articles which are archived and available to the public. Then came the interview with GuruNishan.  I always came from the perspective of having gone through this years ago, and I did successfully forgive and let it go.

But that is concerning me and my relationship with Yogi Bhajan... I have not forgiven 3HO, and feel it my responsibility to get these stories out there because they have taken no responsibility to do so themselves, and there are still predator teachers involved  and teaching for the organization. There are still young people in danger.

This website has done a great service to edit down the interviews, to make it more accessible to many more people...GuruNishan let it all happen as it happened, raw and real. But my interview was 2 hours long, and many others went even longer... That is an overwhelming amount of information for most... I want to thank Els Coenen for her service in presenting what is essential for you all to know, in more concise bites...

On July 26, 2022 Kirantana left his physical body but not our hearts. Tx Kir for your sharing, for your braveness, for your wisdom. Your courage and wisdom will be remembered forever. 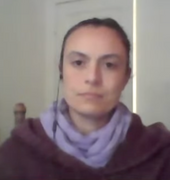 First of all thank you immensely, Els Coenen, for distilling what is important and helpful to share. And deep gratitude also to GuruNishan for forging the safe stage/space for those whom came forth and gifted their stories/precious confessions. This site offers a clear picture of the mess that took place in this cult through the unquestionable truth informed by all the testimonies, and more. A valuable tool for truth seekers . It is a necessary beginning step into the path of healing for those who suffered the abuse and it opens the door to those responsible to hopefully take this opportunity and decide to join the work by owning up to and cleaning up the mess they/that was generated. A chance to process, integrate and grow. Lastly I would like to express my gratitude for being a part of this first dose of much needed medicine. May this act of kindness become our purpose until we reach a place of restored dignity, balance and well being/health for all/ on both sides. Blessings, 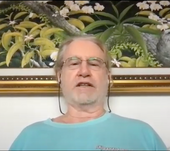 This site is an excellent resource to assist people who have been betrayed, traumatized and who have experienced emotional, physical, financial and spiritual pain and suffering from Yogi Bhajan,3HO and Kundalini Yoga community. The site is a wise map to help you to navigate from suffering to healing and transformation.

Individuals who lived, work in , and were born in 3HO community over part 50 years. 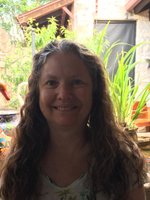 Transparency is very important for organizations that offer tools for conscious living. This website is a helpful, comprehensive resource for bringing truth to light on the complex history of 3HO.

Link to her FULL interview