words from a second generation adult:

It is not our responsibility to make them see.

IT IS THEIR FAILURE TO LOOK. 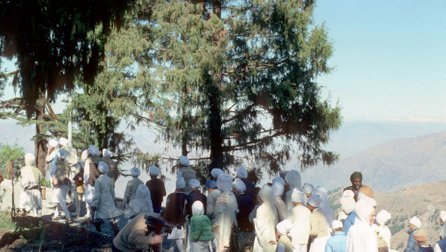 GuruNischan tells us how it was

to grow up as a child in an environment

where the adults had given up their power.

Some time after the release of the book 'Premka' GuruNischan calls Krishna Kaur to ask her to come out with a statement ...

Below a link  to a 1 hour Generation Cult podcast

It is a testimony about the neglect,

who are now Adults.

How they were told that their group was superior

to others and at the same time they were neglected, separated from their parents, exploited, beaten, sent to schools in India (or US) where they were handed over to guardians and teachers who were often not trained for childhood education. They were isolated, slandered, slapped, disregarded, sexually abused. They were deprived of their dreams. They were forced into

arranged marriages to strangers. They were

deprived of opportunities in life and many

were and are still engaged in

READ THEIR STORIES BECAUSE

MORE THAN ANYTHING ELSE !

Separating children from their parents was a common practice.

I was in charge of me.

As a 4 year old I was doing incredibly adult things.

More about the story of Meeri Bylund.

Yogi Bhajan had proposed to the girls

that they came to see him separately, without their mother, for a Tantric healing.

They were urged by YB

not to tell their mother ...

More about the story of Dr Ron Alexander.